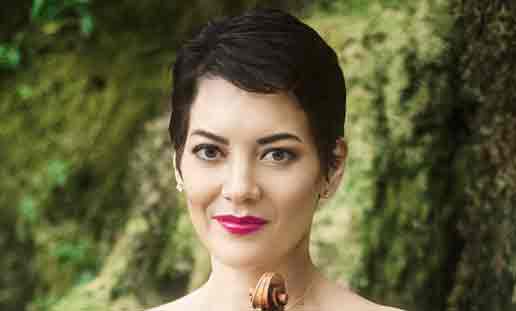 One of the world’s most celebrated violinists, and one of classical music’s most successful and original recording artists, Anne Akiko Meyers possesses a rare ability to connect instantly with audiences. Besides appearing with the world’s best orchestras, she has collaborated with writers, video artists, jazz musicians, pop stars and more.

Anne Akiko Meyers brings originality to 92Y in a program that revels in the fantastical. Alongside exuberant music by Beethoven & Ravel are evocative new works written especially for Ms. Meyers, including one of the late Einojuhani Rautavaara’s final works & Jakub Ciupinski’s The Wreck of the Umbria, for solo violin and taped electronic accompaniment. Ms. Meyers is joined by Akira Eguchi on piano.