Three Days of Panels, Screenings, Performances, and More Head to the Javits Center 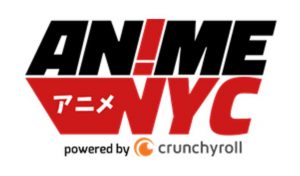 Over 30,000 fans are expected to convene at Anime NYC to dive into even more exclusive screenings, talks with iconic creators and industry leaders, Japanese games, and incredible concerts than were featured at the inaugural show in 2017. With over 200 hours of programming planned, fans are sure to fill the three days with unforgettable experiences.

All Anime NYC events take place at the Javits Center unless otherwise indicated. Highlights from Anime NYC include:

Contact Joanna Heaney at [email protected] or 202-888-3567 for more information about Anime NYC. Press interested in covering Anime NYC can apply for credentials at www.animenyc.com/pressapplication2018.

Anime NYC is New York City’s anime convention! A showcase of the best of Japanese pop culture in the biggest city in America, Anime NYC brings anime fans and publishers together for three days of unique exhibits, exclusive screenings, extensive panels, and appearances by some of the biggest creators in Japan. Join us for a celebration of Japanese animation, manga, cosplay, movies, food, fashion, travel, technology, toys, and games in the heart of NYC! For more, visit animenyc.com.

LeftField Media, LLC is an events company focused on developing face-to-face events in a range of communities rooted in contemporary culture and shared passion. LeftField was formed in 2014 by Greg Topalian (President, LeftField Media) and is now owned by Topalian and Clarion Events Ltd. With a keen sense of the evolving needs of businesses and their consumers, as well as new opportunities created by change, LeftField takes a clean slate approach to its work. LeftField’s portfolio includes Play Fair (playfairny.com), a family-focused celebration of toys and play built with the Toy Association; Awesome Con (awesomecon.com), Washington D.C.’s Comic Con; Rose City Comic Con (rosecitycomiccon.com), in Portland, OR; Anime NYC (animenyc.com), a Japanese pop culture festival presented by Crunchyroll; and the Classic Auto Show (theclassicautoshow.com), a vintage auto show launched in Los Angeles. LeftField Media is headquartered in historic Trumbull, CT. (leftfieldmedia.com).