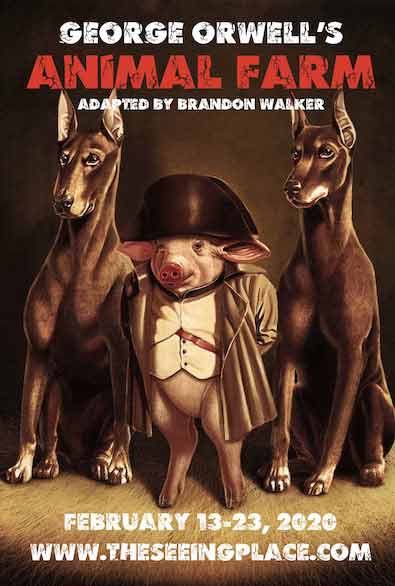 Animal Farm at the Seeing Place

75th Anniversary of the publishing of this novella

The animals on a farm drive out their master and take over and run the farm for themselves. The experiment is successful, except that someone has to take the deposed farmer’s place. Leadership devolves upon the pigs, which are cleverer than the rest of the animals.

Unfortunately, their character is not equal to their intelligence. This dramatization remains faithful to the book’s plot and intent and retains both its affection for the animals and the incisiveness of its message.

This play is being performed by an ensemble of just four actors, which results in a fast-paced, tightly drawn interpretation of this timely story.