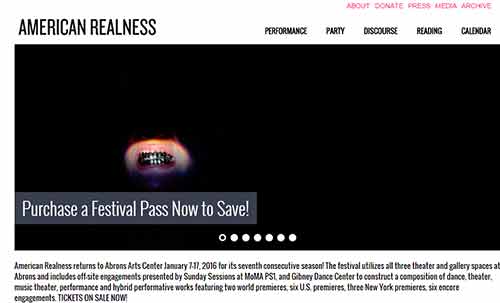 Please visit as well the official site for additional information

Featuring artists from across the U.S. with a concentration of New York makers and a small selection of international artists, American Realness offers audiences local, national, and international perspectives on the complicated and wondrous world we inhabit. Through visceral, visual, and text-based explorations of perception, sensation, form and attention, artists expose issues and questions around identity, ritual, blackness, history, pop-culture, futurity, and consumption in an American-focused, globally-minded context.””