A Toast to Ten Years 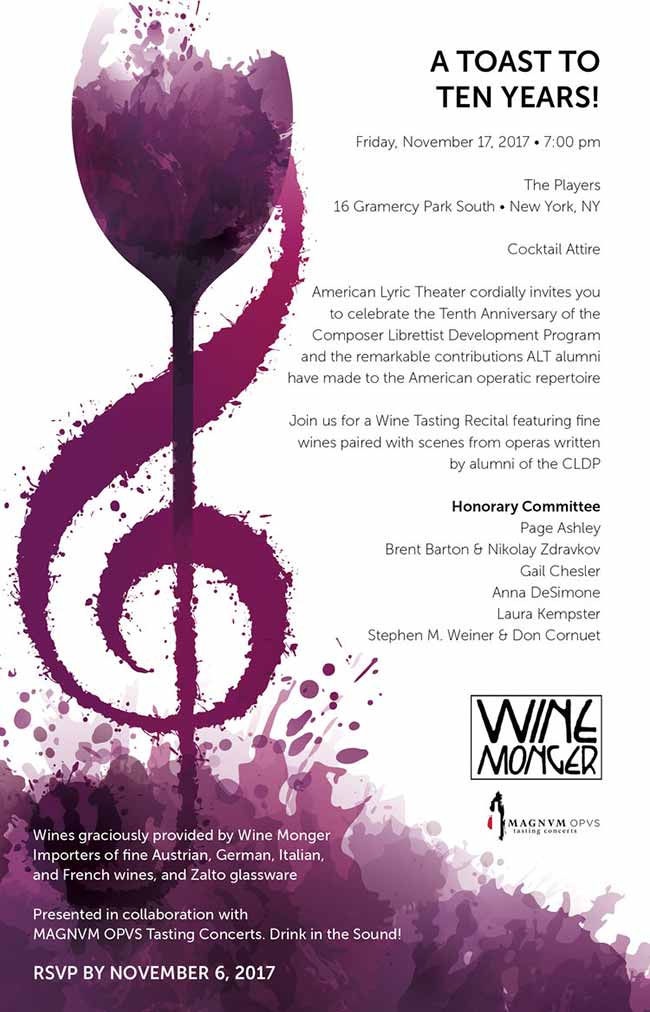 Tickets may be purchased by calling 646.216.8298, or visiting www.altnyc.org/a-toast-to-ten-years

The event will be a wine tasting recital, during which attendees will have the opportunity to taste seven different wines that have been paired with excerpts from seven different operas developed by CLDP alumni, which have been produced across the country.  The evening will be hosted by ALT’s founder and producing artistic director Lawrence Edelson with Heather Meyer, East Coast regional manager for Winemonger Imports.

The evening will include excerpts from:

*indicates alumni of the CLDP