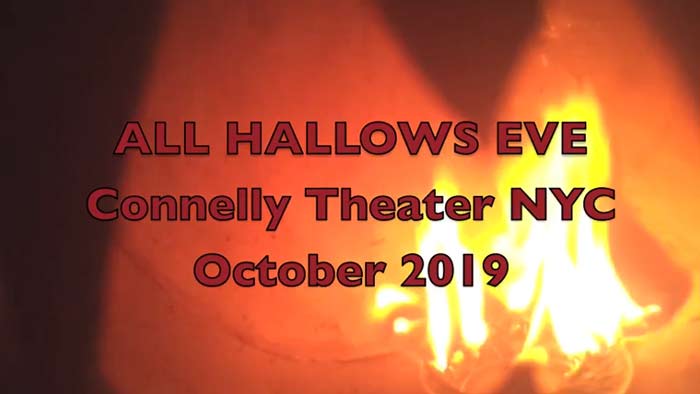 All Hallows Eve: A Wild, Eclectic Horror Musical with Puppets

At the The Connelly Theater
220 E 4th St

Eve and Evan are twins roped into yet another desperately dull Halloween by their parents. Managing to break free, they maraud, pumpkin-smash and toilet-paper, inadvertently crossing the thin line between worlds on this night of all nights. They enter a house and meet a demoness who has been lying in wait for just such a pair. A harrowing cat-and-mouse game ensues with the stakes being nothing less than their immortal souls. All Hallows Eve is a tale wrapped up in horror, comedy, and blood…and definitely not for young children.

The runtime is approximately 80 minutes with no intermission.

All Hallows Eve began as a twenty-minute Guest Artist Project for the 2013 National Puppetry Conference, followed by a first version of the entire piece during a two-week residency in February 2018, both at the O’Neill Theater Center and with the support of The Jim Henson Foundation.