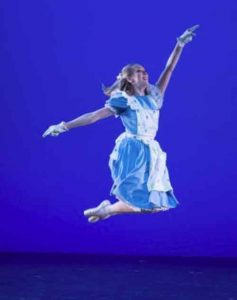 “The company is known for its hourlong family entertainments.

This ranks among the best of them.”

“There is no more delightful or charming production to be found in New York City.”

Follow Alice’s adventures through Wonderland as she meets some of the most beloved characters in children’s literature. Presented in a vaudeville style, this ballet draws on a range of cultural dance forms – from Irish Step Dancing to African Juba to classical ballet – brought together by the ingenious Keith Michael as an entertaining one hour live performance event for children ages three and up.