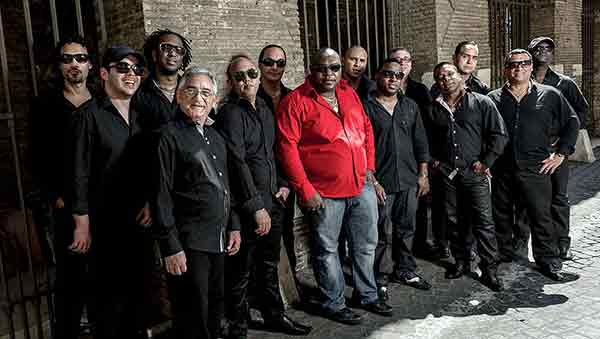 Timba is Cuban music pushed to the very limits, demanding all the energy, all the talent and all the influences (salsa, jazz, funk, Afro-Cuban music) that abound in the largest of the Caribbean islands. Alexander Abreu y Havana D’ Primera is a timba band directed and founded by Alexander Abreu, widely recognized as one of the greatest trumpet players of his generation. With a voice every bit as nimble as his trumpet, Abreu has skimmed the cream of the crop of Cuban musicians to form a truly sensational all-star lineup. Together, the band is one of the most versatile and dynamic ensembles anywhere in the world. It will be hard — maybe even impossible — not to dance when Abreu and his crew take over the B.B. King Blues Club.