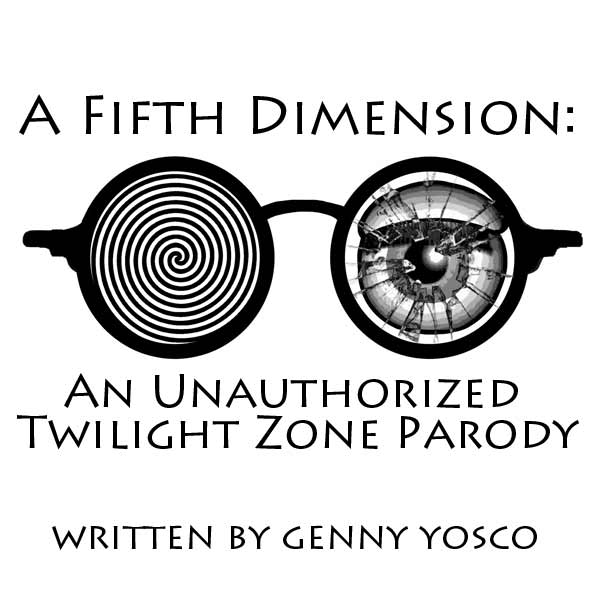 You are entering another dimension – a dimension of sight, sound, and laughs. Eight scenes, each based off of iconic Twilight Zone episodes, including murderous children, killer dolls, and of course, a gremlin on the wing. Tales of mischief and mayhem that can only be found here…in A Fifth Dimension.

Playwright/director Genny Yosco has loved The Twilight Zone ever since she realized she wasn’t cool enough to be invited to any New Year’s Eve parties, which presented the opportunity to watch the Syfy channel’s Twilight Zone marathon. The original production of this show played to a sold-out audience for New Year’s Eve of 2015, and this piece is now being presented in Yosco’s second year with the FRIGID Festival (she helmed CSI: Mayberry at the 2016 FRIGID Festival, which won the award for Best Mash-Up). Her plays have also been accepted at the Radioactive Festival (NYTW) and the Secret Theater UNFringed Festival.

Tickets are available online at www.tinyurl.com/fifthdimensionFRIGID for $15 ($11 Students/Senior/Military – with ID)

Memorize and recite an opening narration from any Twilight Zone episode for a $5 ticket!