A CHILD’S CHRISTMAS IN WALES

At the DR2 Theatre in Union Square

Learn more at the official site 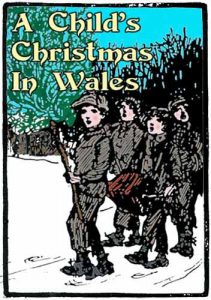 On that legendary “Snowy Christmas Day” songs are sung, cakes are gobbled up, ghost stories are whispered, and wild Indians roam the City Park! While the uncles, stuffed with pudding, nap and bellow on the parlor couch. . .