STEVEN REINEKE TO CONDUCT and JOHN TARTAGLIA TO NARRATE 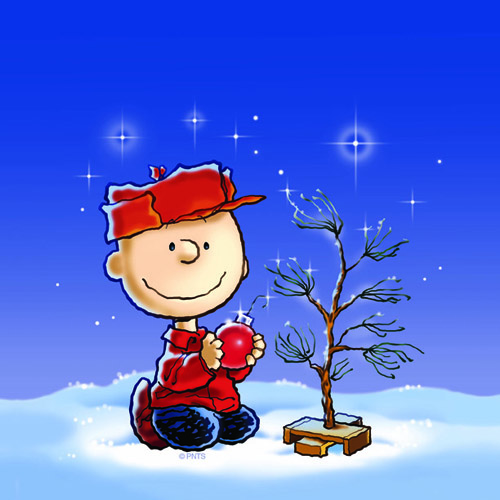 Concert tickets are $10, $16, or $22. Purchases can be made at the Carnegie Hall Box Office (57th Street and 7th Avenue) or by calling CarnegieCharge at 212-247-7800. Visit www.carnegiehall.org for more information. For Concert and Party tickets, please contact the Carnegie Hall Notables office at 212-903-9734 or [email protected].

The Family Concert is one of three holiday concerts performed at Carnegie Hall this December by The New York Pops. On Thursday, December 19 at 8:00PM and Friday, December 20 at 8:00PM, Mr. Reineke and the orchestra will perform Under the Mistletoe with Ashley Brown, featuring traditional favorites and new holiday hits from one of Broadway’s favorite leading ladies.

Following the Family Concert, the Notables, Carnegie Hall’s young patrons, will host the Fourth Annual Family Party featuring food, crafts, cookie decorating, and other Peanuts-themed activities for children. In addition, guests will enjoy prime seating at the concert. Proceeds support the music education and community programs of Carnegie Hall’s Weill Music Institute, which annually serve more than 400,000 people in New York City, across the US, and around the world, as well as The New York Pops and its free education programs throughout New York City. Concert co-chairs are Julie Turaj, a member of the Board of Directors of New York Theatre Ballet, and Robert Pohly. Family Party co-chairs include: Carrie Clendenin, Caroline Rocco Dennis, Lyss Stern, Christin Barringer Rueger, Amy Tarr, Sarina Sassoon Sanandaji, and Mary Wible Vertin. Ticket prices include family packages at $500 (4 tickets), single ticket prices for adults are $200, children over 4 are $100, and children 3 and under are $75. For tickets, please contact the Carnegie Hall Notables office at 212-903-9734 or [email protected].

This December, New York Theatre Ballet also presents Keith Michael’s The Nutcracker at New York City’s Florence Gould Hall, 55 East 59th Street, New York City.  Performances are at 11am, 1pm, and 3:30pm on December 14, 15, and 22.  Tickets are $35 for children ages 12 and under and $40 for adults, and are available at online at www.nytb.org, via Ticketmaster at (800) 982-2787, or in-person at the Florence Gould Hall box office.  For more information, contact the Florence Gould Hall box office at (212) 355-6160. NYTB returns for a third year of Keith Michael’s The Nutcracker, an enchanting holiday ballet.  From clockwork imps to a luminous owl that flies above the audience, mice dressed in polka dots and dancers dancing with huge chopsticks, this timeless, re-imagined classic bursts with energy and excitement.  This holiday ballet, danced to Tchaikovsky’s beloved score, is set in Art Nouveau style circa 1907 with innovative choreography by long-time NYTB choreographer, Keith Michael; set design by Gillian Bradshaw-Smith; and costumes by Resident Costume Designer of the Metropolitan Opera, Sylvia Nolan.  The Nutcracker is part of NYTB’s Once Upon a Ballet series.

New York Theatre Ballet (NYTB), founded in 1978 by artistic director Diana Byer, is the most widely seen chamber ballet company in the United States and has been hailed by The New York Times as “an invaluable company.” NYTB is dedicated to inspiring a love of dance in diverse audiences through performances of chamber ballet masterpieces and bold new works, as well as innovative one-hour ballets for children, all at affordable prices.

Liza Gennaro choreographed the critically acclaimed Broadway revival of The Most Happy Fella directed by Gerald Gutierrez and the Broadway revival of Once Upon a Mattress starring Sarah Jessica Parker. She choreographed Roundabout Theater Company’s Tin Pan Alley Rag (2010 Outer Critics Circle Nomination, Outstanding New Off-Broadway Musical) and has choreographed extensively in regional theaters across the country including: Hair at Actor’s Theatre Of Louisville, directed by Jon Jory, the world premiere of A…My Name is Still Alice at The Old Globe in California, and the world premiere of Martin Guerre at Hartford Stage, directed by Mark Lamos, Babes in Arms at Guthrie Theater, directed by Garland Wright, Kiss me Kate and The Most Happy Fella at The Goodspeed Opera House, Fiorello, Gypsy, My Fair Lady, Jesus Christ Superstar and The Secret Garden at Pittsburgh Civic Light Opera, Gypsy, starring Betty Buckley, and Ragtime at the Paper Mill Playhouse and twelve consecutive seasons of musicals at The St. Louis “Muny” Opera. She collaborated with Stephen Flaherty and Frank Galati on their chamber musical Loving, Repeating: A Musical of Gertrude Stein for the About Face Theater in Chicago and choreographed the 30th Anniversary tour of Annie. She directed and staged Noel and Cole in Love at the The Kaufman Center Concert Hall (NYC) and made her Carnegie Hall debut creating the choreography for The New York Pops production of How the Grinch Stole Christmas, narrated by Brian Stokes Mitchell with dancers from New York Theatre Ballet. Summer 2012 Liza choreographed Titanic: the Musical at the Hangar Theater in Ithaca, NY. In addition to her choreographic career Liza has taught at Barnard College, Princeton University, Yale University, Hofstra University and holds a master’s degree in Dance Studies from New York University. She is a member of the Tony Award Nominating Committee. Her essay,“Evolution of Dance in the Golden Era of the American ‘Book Musical’” appears in The Oxford Handbook of the American Musical. Her essay “’Broken Dolls’: Representations of Dancing Women in the Broadway Musical” can be read in the online Journal Bodies of Work, http://www.bodiesofwork.info/Bob%20Fosse.html.

The New York Pops is the largest independent pops orchestra in the United States, and the only professional symphonic orchestra in New York City specializing in popular music. Under the leadership of dynamic Music Director and Conductor Steven Reineke, The New York Pops continues to re-imagine orchestral pops music. The orchestra performs an annual subscription series and birthday gala at Carnegie Hall. The New York Pops is dedicated to lifelong learning, and collaborates with public schools, community organizations, children’s hospitals and senior centers throughout the five boroughs of New York City. PopsEd allows thousands of New Yorkers of all ages and backgrounds to participate in fully customizable music programs that blend traditional education with pure fun. Visit www.newyorkpops.org for more information. Follow The New York Pops on Facebook (facebook.com/newyorkpops) and Twitter (@newyorkpops).

Steven Reineke is the Music Director of The New York Pops at Carnegie Hall, Principal Pops Conductor of the National Symphony Orchestra at the John F. Kennedy Center for the Performing Arts, and Principal Pops Conductor of the Toronto Symphony Orchestra. Mr. Reineke is a frequent guest conductor with The Philadelphia Orchestra and has been on the podium with the Boston Pops, The Cleveland Orchestra and the Chicago Symphony Orchestra at Ravinia. His extensive North American conducting appearances include San Francisco, Houston, Seattle, Edmonton and Pittsburgh. As the creator of more than one hundred orchestral arrangements for the Cincinnati Pops Orchestra, Mr. Reineke’s work has been performed worldwide, and can be heard on numerous Cincinnati Pops Orchestra recordings on the Telarc label. His symphonic works Celebration Fanfare, Legend of Sleepy Hollow and Casey at the Bat are performed frequently in North America. His numerous wind ensemble compositions are published by the C.L. Barnhouse Company and are performed by concert bands around the world. A native of Ohio, Mr. Reineke is a graduate of Miami University of Ohio, where he earned bachelor of music degrees with honors in both trumpet performance and music composition. He currently resides in New York City with his partner Eric Gabbard.

The New York Pops is a not-for-profit corporation supported solely through the generosity of individual donations, institutional grants, and concert income. Dates, artists and programs are subject to change.