A Baroque Christmas in Rome 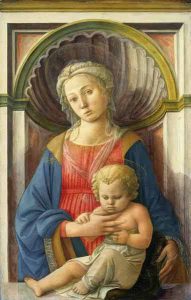 Church of St. Luke in the Fields, 487 Hudson Street

Rome is a city of magnificent churches, and of those, one of the most beautiful is the Basilica of Santa Maria Maggiore.  This concert will offer music that might have been heard on Christmas Eve in the basilica in the early years of the 18th century. The centerpiece will be Alessandro Scarlatti’s Messa per il Santissimo Natale, a Christmas mass in the Roman polychoral style composed for Santa Maria Maggiore in 1707. The mass, a masterful fusion of Renaissance stile antico and the Baroque stile concertato, is set for nine choral voices and strings. The music perfectly captures the essence of the Christmas narrative, from the joyously dancing violin ritornelli to the quiet reverence of the Nativity scene. The program will also include festive motets by Scarlatti and Giacomo Carissimi, and organ works by Bernardo Pasquini.