Parade begins at 1:00 pm at Broadway and 21st Street and heads down Broadway onto University Place, then turns east on East 8th Street and continues on through St. Marks Place ending at Tompkins Square Park. 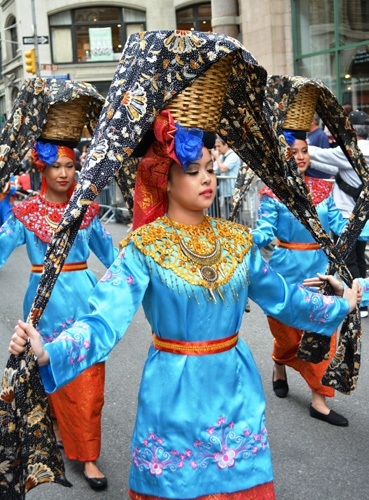 Over 150 dance groups will showcase 75 dance styles and cultures down Broadway in a multi-cultural, rhythm-infused, magical display of movement, art and color. The parade unfolds as a vibrant procession of pageantry and movement embodying the cultural richness that New York reflects as a global dance city. Ancient styles such as African, Estonian, Japanese and Middle Eastern fall in with modern innovations such as tap, swing, contemporary, urban, social forms and hip-hop.

The Parade unites dancers of all genres and ages throughout New York City under the 2014 theme Be the Momentum. It begins at 1pm on 21st Street and Broadway, moves south through Union Square and down University Place to 8th street where each group dances before a Grandstand. Turning east on 8th Street Parade dancers salsa, swing and two-step their way across Saint Marks Place and into Tompkins Square Park in the East Village for DanceFest. The Festival, a four-hour program of free dance performances on four stages with lessons, experience dance booths and site specific and social dancing throughout the Park.

Parade registration is open to everyone who wants to dance in the Parade, $50 for groups, and free to individuals of all ages and styles of dance. The last day to register for groups is May 7th and individuals can register up until the day of the parade May 17th.

“Dance feels good and you can see that in all the smiling faces from one culture to the next,” says Greg Miller, Executive Director of Dance Parade, Inc, the non-profit organization that produces the day’s events”. This year’s theme Be The Momentum is a call to action to celebrate a shared love of dance. We want to inspire folks to take on this fun and healthy activity.“ 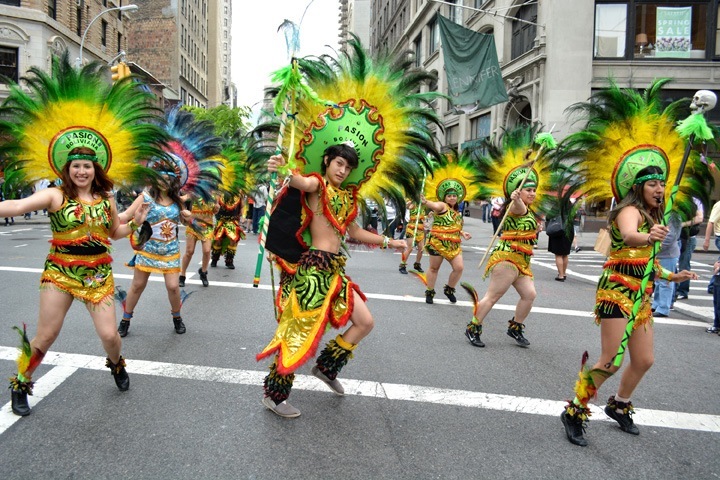 This year’s Parade will also feature 200 youth who will perform dance routines produced through a five-week education program of dance workshops sponsored by New York City Departments of Parks and Recreation, and funded by Dance Parade’s Board of Directors, and a grant from the New York City Department of Cultural Affairs. The workshops have been running in Jamaica, Queens, Bedford Stuyvesant in Brooklyn, Inwood in Washington Heights and in East Harlem in Manhattan.

Shireen Dickson, Dance Parade’s Education Coordinator, said, “It’s exciting to see so many young people turn up for our dance workshops. The biggest thrill is watching them take classroom exercises into a Parade presentation, and then to watch their minds open as they become part of a larger community of dancers, all while making their ‘Broadway debut!’”

Another unique tradition of the Dance Parade is the annual New York Dance Police (NYDP), a volunteer group of “hype” men and women who inspire the crowds to dance and celebrate the spirit of Dance Parade. Giving out tickets to audiences who weren’t dancing, or who didn’t seem to project the vibe of the parade, NYDP sentenced “guilty parties” to dance halls, studios or nightclubs to practice or learn a style of dance.

Dance Parade originated as a reaction to a 2006 lawsuit against New York City’s 1926 Cabaret License Law that restricts social dancing. After New York State Supreme Court Judge ruled that social dancing was not considered expressive activity protected by the State Constitution’s freedom of expression amendment, the organization leveraged an outpouring of vibrant cultural and dance expression into what became a nonprofit artistic and cultural event. For more information on the cabaret laws, visit www.legalizedance.org

Dance Parade New York is an entity of Dance Parade Inc whose charitable mission is to promote dance as an expressive and unifying art form, while educating the public about opportunities to experience Dance. Dance Parade celebrates diversity by showcasing all forms of dance around the world through sponsorship of a yearly, citywide Dance Parade and Dance Festival. Additional programs include education outreach, residencies and artistic partnerships to aid in increased public awareness, and the showcasing of dance on multiple levels.