5th Annual Taste of the Seaport 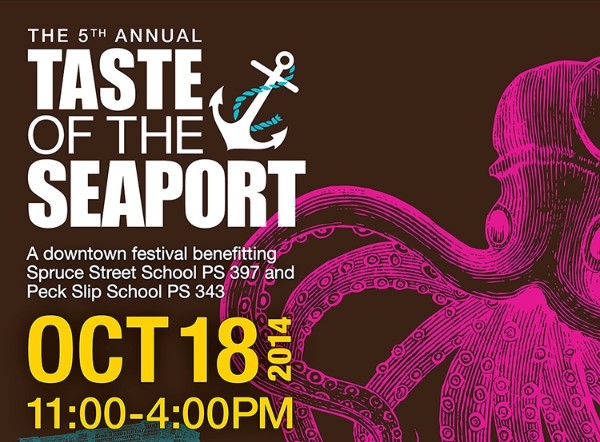 THE MUSIC IS FREE!

Tickets for tastings are currently available at http://www.tasteoftheseaport.org/ticket-sales/

All proceeds from the Taste of The Seaport go towards much-needed enrichment programs for the students of Peck Slip School, P.S. 343 and Spruce Street School, P.S. 397.

Local merchants presenting culinary tastings, musical entertainment, free children’s activities plus a special booth run by Spruce and Peck students will make this family-fun day one to not miss.

Special guests The Mystery Lights will be appearing FOR FREE at 3:00pm on the main stage located at corner of Front Street and Beekman Street. Originally from Northern California, the Mystery Lights are a 4 piece band who have been featured on a variety of critically acclaimed concerts and music showcases including CMJ, Modern Sky Festival at Rumsey Playfield in Central Park, and of course the 2014 Seaport Music Festival! Their sound has been described as 1960’s style raw and raucous garage rock, and they are known for captivating their audiences with their fun energy. The Mystery Lights are not to be missed.