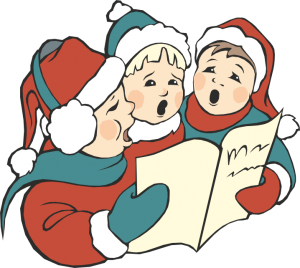 National Chorale, New York’s premier professional choral company, under the Artistic Direction of Everett McCorvey, continues its 2017-2018 Season at Lincoln Center with the 50th presentation of Handel’s Messiah Sing-In on Friday, December 15, 2017 at 7:30pm at the David Geffen Hall at Lincoln Center for the Performing Arts, 10 Lincoln Center Plaza, NYC. Tickets are $30-100 and are available at www.nationalchorale.com, or by calling (212) 333-5333.

“The National Chorale is one of the most firmly established professional choral groups in the country.”- The New Times

ABOUT THE VOCAL ARTISTS

Versatile soprano Joanna Mongiardo is recognized for her effortless coloratura and spellbinding charisma on stage, and is in high demand for both operatic and symphonic repertoire internationally. This season, she makes her New York City Opera debut in Resphigi’s La campagna sommersa, returns to Boston Midsummer Opera as Adina in The Elixir of Love, and sings soprano solos in Mozart’s Exultate, jubilate and Requiem with the Commonwealth Chorale. Most recently, Joanna has had great success as Cinna in Mozart’s Lucio Silla with Odyssey Opera and in the title role of Flotow’s Martha with Boston Midsummer Opera. The 2014-2015 season included a role debut as Rossini’s Semiramide with Opéra Nice Côte d’Azur, her Dallas Opera debut as Brigitta in Tchaikovsky’s Iolanta, and a return to the Back Bay Chorale for Mozart’s Mass in C minor. In recent seasons, Joanna has brought the “energy and charm [of] her delicious Blonde” (ForumOpera Magazine) to more than 30 performances of Die Entführung aus dem Serail, including productions at Grande Théâtre de Genève, Opéra Nice Côte d’Azur, and Deutsche Oper am Rhein. A gifted comedienne, her Rosalina in Il Re with Teatro Grattacielo was named “Best Individual Performance of 2011” by Das Opernwelt Jahrbuch, with Opera Today writing, “Joanna Mongiardo, who has a voice of impressive size and warmth, as well as a technique with ornament…also has a putty face, capable of expressing several emotions at once and making fun of herself while expressing them.” Opera News raved, “As the besotted Rosalina, lyric coloratura Joanna Mongiardo scored a triumph, effortlessly negotiating the fiorature, extended trills and stratospheric high notes.” As an ensemble member of the Deutsche Oper am Rhein, Dusseldorf, Joanna performed lead roles including Sophie in Der Rosenkavalier, Oscar in Un ballo in maschera, Nannetta in Falstaff, and Susanna in Le nozze di Figaro. In America, her turn as the title character in the 50th Anniversary production of The Ballad of Baby Doe at Central City Opera was praised by Opera News: “Petite, with a theater-filling smile, Mongiardo radiated warmth through her unforced, pearly-fresh timbre.” Reengagements at Central City have included Eurydice in Orpheus in the Underworld, Thérèse in Les Mamelles de Tirésias, and Lauretta in Gianni Schicchi. Debuts as Juliette in Roméo et Juliette with Dayton Opera and Anne Trulove in The Rake’s Progress with Toledo Opera were similarly praised, with Opera Magazine raving, “Mongiardo’s sunny lyric sound surely won all hearts.” Joanna has graced concert stages from Bellingham, Washington, to Shanghai, China, and has performed her signature Carmina Burana with more than 15 orchestras, including the Philadelphia Orchestra, Detroit Symphony, National Symphony Orchestra, and Oratorio Society of New York. Works by Handel, Haydn, Mozart, and Schumann have taken her to the Pittsburgh Symphony, Louisiana Philharmonic, San Diego Symphony, Indianapolis Symphony, Oregon Symphony, and the Orquesta Sinfónica Nacional de México, under the batons of Charles Dutoit, Philippe Auguin, Jonathan Darlington, John Fiore, Leopold Hager, Neemi Jarvi, JoAnn Falletta and Carlos Miguel Prieto.

Baritone Michael Nansel is an award winning singer and actor. Best-known as an opera singer, he is also an accomplished recitalist and concert artist, and appears frequently in musical theater classics. Mr. Nansel has 66-roles to his credit. “Michael Nansel won the hearts of audience members in his portrayal of the brash and conceited Belcore, his baritone voice in fine, fluid form throughout the performance.”-Wichita Eagle He sings music from the Mozart to Sondheim, from Verdi to Rodgers & Hammerstein. He was the Wichita Grand Opera Singer of the Year in 2012 and was the dual winner in 2003 of the Washington Area Theatre Community Honors for Outstanding lead actor in a musical and Outstanding Featured Actor in a Musical.  He has also twice been a member of Casts nominated for Helen Hayes Awards. His voice has been described as “stentorian”, “rich” with “great vocal and emotional power”.  Reviewers have also remark that his acting “communicates deep humanity”, can be “tender and anguished” and that he is “the top banana”. Mr. Nansel possesses a diverse repertoire ranging from the comedic Don Giovanni (Don Giovanni) and Belcore (L’Elisir d’Amore) to the dramatic Count Di Luna (Il Trovatore) and Escamillo (Carmen).  Among his most widely acclaimed roles are the Di Luna (Il Trovatore), Iago (Otello), as well as Malatesta (Don Pasquale), Danilo (The Merry Widow), and the Title Character in Sweeney Todd: The Demon Barber of Fleet Street. His concert credits include: Mendelsohn’s Elijah, Haydn’s Creation, Mozart’s Requiem, Faure’s Requiem, Handel’s Messiah, Brahms’ Requiem, and Beethoven’s Mass in C Major.

Often hailed as a true Mezzo Soprano, Holly Sorensen is known for her rich, colorful, and expressive timbre. A gifted singing actor with great versatility, Ms. Sorensen was described as having, “a grand time!….dispensing attitude with relish and producing some impressively chilling tones” – Opera News.  Most recently, The Tampa Bay Daily Loaf wrote,” a creamy mezzo that soars lusciously and is breathtaking in her cruelty”, following her debut as Dalila in Samson et Dalila with St. Ptersburg Opera. Ms. Sorensen performs a wide variety of repertoire, ranging from dramatic leading mezzo roles, to comic Rossini.  Some of her other stage credits include, the title role in Carmen, The Mother – Hansel and Gretel, Suzuki – Madame Butterfly, La Prima Donna – Salieri’s Prima la Musica poi le Parole, Pitti Sing – The Mikado, The Secretary -The Consul, Sorceress – Dido and Aeneas, Prince Orlofsky – Die Fledermaus,The Princess Aunt – Suor Angelica, and Giovanna – Rigoletto. Highlights from various scenes programs include Isabella – L’Italiana in Algeri, Augusta – Ballad of Baby Doe, Charlotte – Werther, Mallika – Lakme, Mrs. Lovett – Sweeney Todd, and Mrs.Grose – Turn of the Screw. Some of her operatic Performance venues include, Utah Opera, Des Moines Metro Opera, Bronx Opera, Utah Lyric Opera, Connecticut Grand Opera, Opera in the Ozarks, Ardamore Chamber Opera, Opera Company of Brooklyn, Dicapo Opera, Boston Classical Orchestra, and The Greenwich Pops Symphony. Ms. Sorensen has also been lauded for her concert and oratorio work, as a mezzo with “luscious tones” – Greenwich Times and “glamorous and beautiful to see and hear” – Greenwich Citizen. She most recently made her Avery Fisher Hall debut singing as mezzo soloist in Mozart Requiem with DCINY; where she was hailed as, “radiant” by the New York Concert Review. She has also performed Mendelssohn’s Paulus  with the Oratorio Society of New York in Carnegie Hall. Other performances include, Handel’s Messiah, Respighi’s Laud to the Nativity, Mendelssohn’s Elijah, the Yizkor Requiem and Bach’s St. John Passion.  Ms. Sorensen performed the Mozart Requiem and Vivaldi Gloria in Venice, Italy with Dicapo Opera Summer Tour.  This year she was the featured mezzo soloist with the Salt Lake Choral Artists in performances including the Bach B Minor Mass, and “The Armed Man”, by Karl Jenkins. She has performed frequently with the Greenwich Choral Society and Greenwich Symphony in Connecticut. Other oratorio engagements include solo work with the Allentown Symphony, Norwalk Symphony, and First Congregational Church of Greenwich Orchestra. She has also been applauded for her recent recital repertoire including works by Mahler, Manuel de Falle, Schubert, Schumann, Barber, and spirituals by HT Burleigh.  Ms. Sorensen was the featured mezzo soloist with Connecticut Grand Opera’s “Champagne and Arias” Gala. Ms. Sorensen was the winner of the 2011 Nico Castel International Mastersinger Competition at Carnegie Hall. She was a finalist in the Oratorio Society of New York Competition, and winner of the Mendelssohn Competition with Norwalk Symphony. Additionally, she was awarded Second Prize at the Eugene Opera Belle Voci National Competition, Second Prize at the Classical Singer Convention in New York, and was a semi-finalist in the National Association of Teachers of Singing Competition.

Tenor John Wesley Wright was the gold medalist and top prize winner of the American Traditions Vocal Competition 2000, and has claimed top prizes from the National Federation of Music Clubs, Metropolitan Opera National Council, and the International Schubert Competition in Vienna, Austria. Holding degrees from Maryville College and the University of Cincinnati College-Conservatory of Music, his diversity as an artist has afforded him nationally televised concerts for the Belgian Royal Family (Brussels, Belgium), the John F. Kennedy family in a 50th  Year Celebration of John F. Kennedy’s visit to New Ross, Ireland, as well as tours as a soloist and with professional ensembles throughout the United States, Europe, and Japan. With a host of opera and oratorio roles, art songs, spirituals, chamber and cabaret music in his repertoire, Wright is a member of the internationally acclaimed American Spiritual Ensemble. His rendition of “Here’s One” is highlighted in the PBS documentary, The Spirituals: Featuring the American Spiritual Ensemble, released in 2007. In recent years, Wright was guest soloist for the Baltimore Choral Arts Society (Mozart’s Requiem, Bach’s B Minor Mass and Magnificat); Dayton Bach Society (St. Matthew Passion, Evangelist); Messiah Festival of the Arts in Lindsborg, Kansas (Messiah, St. Matthew Passion); and performed in Lucerne, Switzerland where he was guest artist with the choir Matthäuskantorei for a program entitled “Black and White Spirituals”. Having worked with such conductors as Tom Hall, Nicolas McGegan, Ton Koopman, and Robert Page, many of Wright’s concert career experiences have been under the baton of Neal Gittleman and the Dayton Philharmonic Orchestra. With Gittleman and the DPO, he has sung the title roles of Bach’s Passions, Britten’s War Requiem, Handel’s Messiah, Monteverdi’s Vespers of 1610, and Einhorn’s Voices of Light. In May of 2011, Wright returned to Ohio and triumphed in the role of the Celebrant in Bernstein’s Mass: A Theatre Piece for Singers, Players, and Dancers, reviews praising his “mastery of the oratorio genre” and “impressive acting range and voice”. A native of Rome, Georgia, Dr. Wright is coordinator of the voice and opera programs at Salisbury University (Salisbury, Maryland). He is an active clinician, consultant and leader of workshops on voice production, song interpretation, and African-American song tradition.