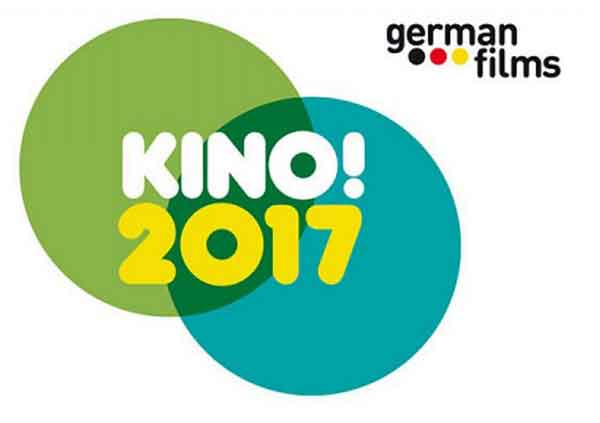 KINO! is back and ready to deliver new German films to downtown New York this April. Now in its fourth year as an independent festival, KINO!2017 will showcase twelve feature-length films: one North American premiere, five US premieres, four East Coast premieres and two New York premieres plus the Next Generation Short Tiger 2016 line-up. All of this year’s programs will be held at the Sunshine Cinema, Landmark Theatres, from March 31-April 6, 2017.

It has been a truly astounding year for contemporary German cinema as Maren Ade’s TONI ERDMANN heads to the Academy Awards® this year. The out-of-the-box comedy has made waves in Hollywood, with its most recent announcement of a US remake starring Jack Nicholson and Kristen Wiig.

KINO!2017 opens on March 31st with the US premiere of the colorful biopic of German artist Paula Modersohn-Becker, PAULA, with lead actress Carla Juri (BLADE RUNNER 2049) in attendance. PAULA heads to New York City after a fantastic success in Germany, where it topped the art-house charts for four weeks. Opening night will include a post-screening discussion with Juri moderated by festival consultant Marian Masone. Furthermore, Deutsches Haus at NYU will host an in-depth conversation between Carla Juri and the film scholar and author Noah Isenberg entitled “Let’s Talk About Paula: A Conversation with Carla Juri” on April 1 at 4:30 pm.

In the centerpiece event DJ Raphaël Marionneau will be at the turntables to provide the soundtrack for the screening of the newly restored Fritz Lang classic DESTINY, presented by Bertelsmann. The international media company was the main sponsor of this silent movie’s digital restoration, which was carried out by the Friedrich Wilhelm Murnau Foundation last year, making it available again with its typical 1920s coloration. Legendary filmmakers from Hitchcock to Buñuel have cited DESTINY as a major source of inspiration and influence. The story in three acts tells the tale of a woman who pleads with the Grim Reaper to spare her lover’s life.

KINO!2017 continues to showcase the vast diversity within contemporary German cinema with a range of fresh and exciting new films, including the radical Sundance favorite WILD by German actress and director Nicolette Krebitz, the tale of a young woman who escapes from urban societal strictures; documentary POWER TO CHANGE – THE ENERGY REBELLION, in which project developer Edy Kraus vows it is possible for Germany to be using 100% renewable energy by 2030; THE VERDICT by Lars Kraume (THE PEOPLE VS FRITZ BAUER), receiving its North American premiere at KINO!2017, which brings an interactive film experience to the courtroom drama, in with audiences voting on whether the defendant is guilty or innocent.

The cast stars some of Germany’s most high profile actors, such as festival guest Martina Gedeck, one of Germany’s biggest actresses and star of ORIGINAL BLISS, who will join for an artist talk. Gedeck played the lead role in the German Oscar® winner THE LIVES OF OTHERS and in THE BAADER MEINHOF COMPLEX, nominated for the Oscar® for Best Foreign Language Film and Golden Globes®. She has starred in countless films and has won more than thirty German and international awards. Gedeck was part of the Grand Jury of the International Venice Film Festival and the International Jury of the Berlinale. She is also a voting member of the European Film Academy, the German FilmAcademy and the German Academy of Performing Arts.