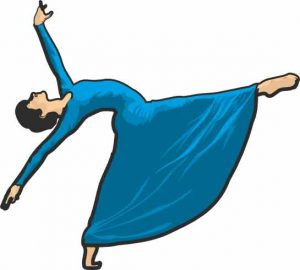 Battery Dance announces the companies that will be featured in the 40th Annual Battery Dance Festival with 16 international dance films from 14 countries from August 12-14 and in-person performances by 38 companies from August 15-20, 2021, at 7pm ET at Robert F. Wagner Jr. Park, New York City that will also be live-streamed. For more information, visit https://batterydance.org/battery-dance-festival/.

Battery Dance Festival, New York City’s longest-running free public dance festival, was established by Battery Dance as the Downtown Dance Festival in 1982. It normally draws audiences of approximately 2,000 people each night. The Festival went virtual last summer, attracting 30,000 viewers across 206 countries. This summer, it will run as a hybrid model with 6 nights of staged performances for in-person and live-streamed audiences, preceded by 3 nights of virtual performances by international artists.

“Dancing in the open air, with the river and sky in the background, is always a blissful Battery Dance Festival experience,” said Jonathan Hollander, President and Artistic Director, Battery Dance Company & Dancing to Connect. “This year, it will be even more exhilarating as people come out of isolation to witness the entrancing performances at Wagner Park. Before the action starts on stage, three nights of truly riveting dance films from many corners of the globe will be screened. Creativity was running high during the pandemic, and we have harvested a heady mix from voguing on a mountaintop in Lebanon to swing dancing in South Korea; commedia dell’arte in Mexico to birdlike flocking in the Netherlands.”

ABOUT BATTERY DANCE
Battery Dance created its outdoor festival in 1982, engaging with its home community of lower Manhattan where it has been based since its founding in 1976. As one of America’s leading cultural ambassadors, Battery Dance connects the world through dance. The Company pursues artistic excellence and social relevance by creating vibrant new works, performing on the world’s stages, presenting dance in public spaces, serving the field of dance and teaching people of all ages with special attention to the disadvantaged and areas of conflict. Battery Dance is committed to enhancing the cultural vibrancy of its home community in New York City, extending programming throughout the U.S., and building bridges worldwide through international cultural exchange with programs in 70 countries to date. www.batterydance.org