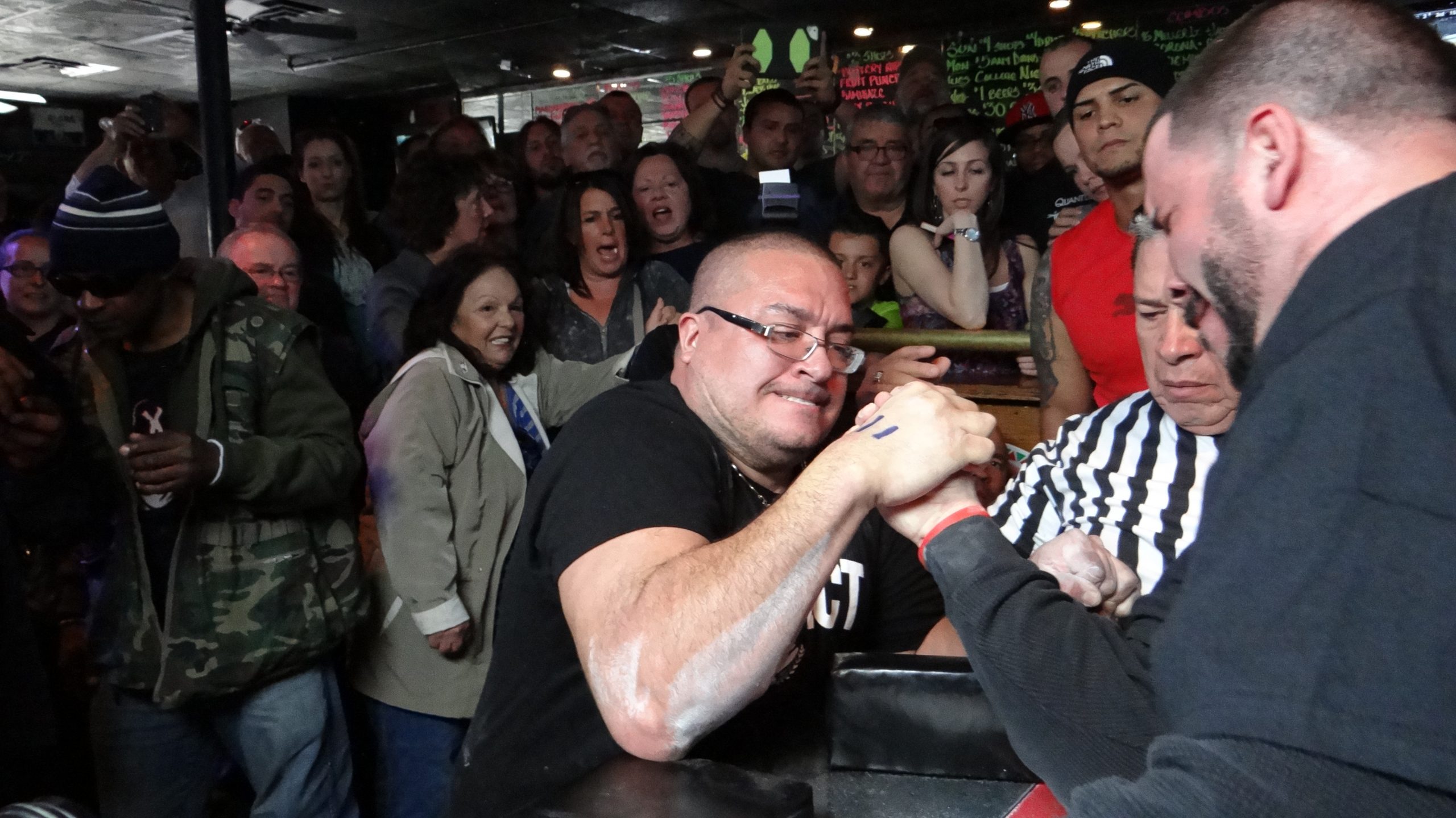 Over 100 men and women are expected to compete for the chance to be crowned New York State Strongest Arm. There are 25 amateur and pro weight class categories for men including a master 45+ and 55+ years old and four classes for women. Registration and weigh-in begins at 9:30 A.M. to 12:50 P.M. and the event begins at 1 p.m. sharp. The New York State strongest arm MVP’s (overall male right and left hand winners) will receive cash prizes of $100 and ‘Captains of Crush Grippers’ MVP awards. The overall women champions will receive Ironmind MVP awards and all first, second and third place winners are given awards in each pro and amateur weight class.

“The 37th Annual Empire State Golden Arm Tournament of Champions is New York City’s oldest and most prestigious sought-after title since 1977” said, Gene Camp, founder and president of the New York Arm Wrestling Association (NYAWA). Camp continued, “This event will be very exciting to watch because it’s loaded with top talent that will show some awesome feats of brute strength, amazing demonstrations of shear power and exhaustion endurance. The 37th Empire State Championship is the high-profile finale of 2014 multi-event NY Golden Arm Series and draws some of the best arm wrestlers in the world.” among them, the winners of the prestigious 2014 NYC Big Apple Grapple International and last year’s 2013 Empire State Champions, who will return to defend their titles.

Contestants and teams are expected to compete locally from the five NYC Boroughs, Long Island, Upstate, NY, the tri-state area and from as far away as Canada, Puerto Rico, Russia and other foreign lands.