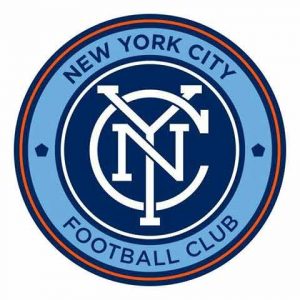 Soccer fans will get a chance to partake in all the action as bleachers and giant screens will be set up in Rockefeller Plaza, located between 49th and 50th Streets and 5th and 6th Avenues, for the public to watch all live matches that take place from June 30 through the end of the of the Final July 15.

In addition, the custom-built soccer field on Rockefeller Plaza will offer fans a chance to participate in a number of soccer activities, including pick-up games, tournaments, clinics, and meet and greets with players from NYCFC.

Also taking place at Rockefeller Center is a vintage soccer jersey exhibit produced in partnership with Classic Football Shirts, which will take soccer fans through the history of some of the most emblematic shirts of the last 32 years.

All activities are free and open to the public. The full schedule of activities will be revealed soon.
Telemundo Deportes is the exclusive Spanish-language home of the 2018 FIFA World Cup Russia™, offering more than 1,500 hours of World Cup coverage from Russia across all platforms, including more than 500 hours on television and more than 1,000 hours across digital platforms, including the live streaming of all 64 World Cup Russia games. In addition, Telemundo Deportes will offer the latest news and clips of the most relevant moments as well 2018 FIFA World Cup real time results along with expert commentary from renowned commentary team. To follow all the action of the games, visit the complete programming schedule for the 2018 FIFA World Cup™.

NBCUniversal Telemundo Enterprises is a world-class media company leading the industry in the production and distribution of high-quality Spanish-language content to U.S. Hispanics and audiences around the world. This fast-growing multiplatform portfolio is comprised of the Telemundo Network and Station Group, Telemundo Deportes, Telemundo Global Studios, Universo, and a Digital Enterprises & Emerging Business unit. Telemundo Network features original Spanish-language entertainment, news and sports content reaching 94% of U.S. Hispanic TV households in 210 markets through 27 local stations, 51 affiliates and its national feed. Telemundo also owns WKAQ, a television station that serves viewers in Puerto Rico. Telemundo Deportes is the designated Spanish-language home of two of the world’s most popular sporting events: FIFA World Cup™ through 2026 and the Summer Olympic Games through 2032. Telemundo Global Studios is the company’s domestic and international scripted production unit including Telemundo Studios, Telemundo International Studios, Telemundo International, as well as all of the company’s co-production partnerships. As the #1 media company reaching Hispanics and millennials online, the Digital Enterprises & Emerging Business unit distributes original content across multiple platforms, maximizing its exclusive partnerships with properties such as BuzzFeed, Vox, and Snapchat. Through Telemundo Internacional, the largest U.S.-based distributor of Spanish-language content in the world; and Universo, the fastest growing Hispanic entertainment cable network, the company reflects the diverse lifestyle, cultural experience and language of its expanding audience. NBCUniversal Telemundo Enterprises is a division of NBCUniversal, a subsidiary of Comcast Corporation.

New York City Football Club is an American professional soccer team based in New York City that competes in Major League Soccer (MLS) in the Eastern Conference of the league. It was announced as the League’s 20th franchise on 21 May 2013 and is the first and only MLS Club located within the five boroughs of New York City. Majority owned by City Football Group (CFG), New York City FC plays its home games at Yankee Stadium, which is also home to minority owner, the New York Yankees.

New York City FC kicked off its inaugural MLS season in March 2015 and has former US National Team captain Claudio Reyna as its Sporting Director and Domènec Torrent as its Head Coach. Torrent, former Head Coach of Girona FC and Assistant Coach at FC Barcelona and Bayern Munich, has most recently been Pep Guardiola’s right hand man at sister club Manchester City. In November 2016, construction began on New York City FC’s elite First Team training facility featuring one and a half grass fields, team offices and medical and welfare facilities. The facility was opened for the 2018 MLS season and officially named Etihad City Football Academy in New York. The third Academy built across the globe by CFG, the design was overseen by New York based architect Rafael Viñoly, who designed the training facilities for New York City FC’s sister Clubs Manchester City FC and Melbourne City FC