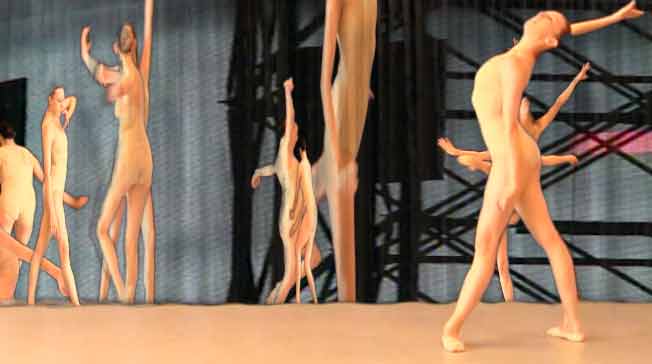 At The Duke on 42nd Street, a NEW 42ND STREET® project

New York, NY (Updated Info: January 5, 2017): Felice Lesser Dance Theater’s 2017 season will feature the world premiere of Lightning, a multi-media dance dealing with timely issues facing the world in the new year, set to a score by the contemporary Slovenian composer Borut Krzisnik*.  The season will run for six performances, February 8 – 12, 2017 at The Duke on 42nd Street, 229 W. 42nd Street (between 7th and 8th Avenues).

Lightning combines drama and humor to reflect Lesser’s reaction to today’s complex political and social issues, including Trump’s election, the rise of racism and anti-gay sentiment, the plight of immigrants and refugees, and growing world violence. Video preview link: https://www.youtube.com/watch?v=xofQz6q6y5s

*Note: Borut Krzisnik’s score for Lightning will have its U.S. premiere on February 8, the Slovenian holiday of “Preseren Day,” a national cultural holiday celebrated with free cultural festivals, performances and art exhibits.  In keeping with the spirit of the holiday and its own strong commitment to cultural outreach, the opening night audience will be invited to a post-performance champagne toast, in honor of the holiday.

Thursday, February 9 will be a “Twenty for Twenties” special performance:  $20 tickets and a post-performance reception will be available to anyone in their 20s.

The Felice Lesser Dance Theater (FLDT), founded in 1975 by choreographer, playwright, filmmaker and animator, Felice Lesser, creates and performs her contemporary dance works, which are mixed with theater and technology. Lesser’s “moving sets” of simultaneous projected video and computer animation are featured as a visual background to what is happening onstage, where live dancers interact with filmed ones, or distorted images appear as counterpoint. Lightning will reflect on some of today’s most important issues: borders, global warming, inclusion, terrorism, technology, and artificial intelligence.

Felice Lesser Dance Theater will present six performances as follows: February 8 – 11 at 7:30 pm, with matinee performances on February 11 and 12 at 2pm at The Duke on 42nd Street, a NEW 42ND STREET® project. Tickets are $40 ($25 students/seniors/FLDT members) and will be available after January 11, online at http://www.Dukeon42.org, by phone at 646.223.3010, or in person at The Duke on 42nd Street’s Box Office.  Thursday, February 9 is a “Twenty for Twenties” special performance:  $20 tickets and a post-performance reception will be available to anyone in their 20s.