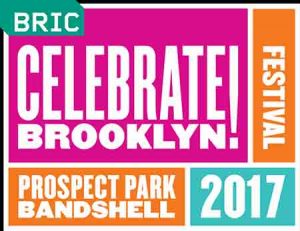 2017 Mostly Free Performances at the Prospect Park Bandshell for

Unless otherwise noted the following listing feature music/dance/film performances/showings that are free.
All events take place at the Prospect Park Bandshell

Music: Lisa Loeb with The Knights
June 17, 2017 · 3:00 pm · FREE
In our annual children’s concert, Lisa Loeb will bring us an afternoon of fun-loving, sing-along-able numbers, joined by the Brooklyn-based orchestra The Knights.

Music: Admiral T / Tabou Combo / DJ Spike T.I.
July 29, 2017 · 7:00 pm · FREE
Admiral T is one of the most celebrated dancehall artists of the French-speaking world, bringing his trademark radiance and positivity to every performance, including this one at the bandshell.

Music: Béla Fleck & the Flecktones / Nellie McKay
August 3, 2017 · 7:30 pm · FREE
AMERICAN EXPRESS SERIES
Banjo trailblazer Béla Fleck has done it all: spawned a generation of “newgrassers” as a member of New Grass Revival, penned the first-ever Banjo Concerto, and won a GRAMMY in the World Music category. This summer, he comes to the bandshell.

Music: Whitney / Moses Sumney / Weyes Blood
August 11, 2017 · 7:00 pm · FREE
Whitney burst into indie stardom with one of 2016’s most acclaimed debuts, Light Upon the Lake, and they’ll come to the bandshell along with Moses Sumney and Weyes Blood.

Music: Youssou N’Dour / Yacouba Sissoko
August 12, 2017 · 7:30 pm · FREE
We close our season in majestic fashion with one of the great artists of our time, Senegalese singer Youssou N’Dour.