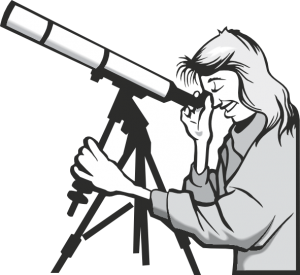 Family Astronomy Nights feature fun-filled and educational experiences for the whole family, including talks from leading scientists and activities from the Intrepid Museum’s Education Department. Local astronomers will be on hand with their high-powered telescopes to help visitors navigate the night sky and answer questions about astronomy and star-gazing. Guests are welcome to bring their own binoculars or look through the telescopes of the experts.

The event is free and open to the public. Space is limited; entry is first come, first served. For more information, please visit www.intrepidmuseum.org

Dr. Amber Straughn is an astrophysicist at NASA’s Goddard Space Flight Center and a member of the Project Science Team for the James Webb Space Telescope, set to launch in 2018. This next-generation telescope will peer deeper into the universe than even the mighty Hubble. It will search for the first galaxies born after the big bang and look into the atmospheres of planets orbiting other stars—unprecedented capabilities that may revolutionize astronomy and our understanding of the universe.

Mimi Aung is the project manager for the Mars Helicopter at NASA’s Jet Propulsion Laboratory (JPL). She will discuss the many challenges in designing a helicopter drone that one day may fly on Mars.  Researchers at JPL are using advances in drone technology to design a small flying Martian robot to act as a scout flying ahead of the rover looking for safe routes and features to study.

Noah Petro is a scientist at NASA’s Goddard Space Flight Center. His passion for the moon is in his DNA—his father was an engineer who built parts for the Apollo lunar module and astronaut backpacks. He has worked on the Lunar Reconnaissance Orbiter since 2011 and is helping plan for future lunar missions to the far side of the moon. Petro will talk about Apollo 17’s exploration of the moon and new findings that are advancing our understanding of the moon and its place in the solar system.