More than 80 men and women including two men’s masters 45+ and 50+ years’ old categories and two women’s classes will compete in right and left hand class competition for the chance to win the 2014 NYC Sit-Down Arm Wrestling Championships. Contestants should weigh-in and register between 9:30 A.M. and 12:50 P.M. Custom Gold, Silver and Bronze Medallions will be awarded in each weight class and the day’s strongest overall male and female will receive special MVP Awards.

“The NYC Sit Down will surely produce the best brute strength arm wrestlers; since little technique can be performed in the sit down position said; Gene Camp founder and president of the New York Arm Wrestling Association. Not many people know that the NYAWA’s first arm wrestling events were all sit-down back in 1977 and 1978. This event is going to be very exciting to watch because many previous stand-up arm wrestling winners are competing without being able to use their signature techniques in this one-on-one brute strength, sit-down championship.”

The event will be loaded with top talent, locally, from the tri-state area and far beyond. Contestants and teams will compete from the five NYC Boroughs, Long Island and from as far away as Russia, Brazil and Turkey. The NYC Sit-Down Championship is the first event of the year followed by the 37th Annual 2014 NYC Big Apple Grapple International, which crowns the King and Queen of Arms, in April.

For more information and official event flyer or the 2014 full New York Arm Wrestling schedule visit the NYAWA website at www.nycarms.com or call 718-544-4592 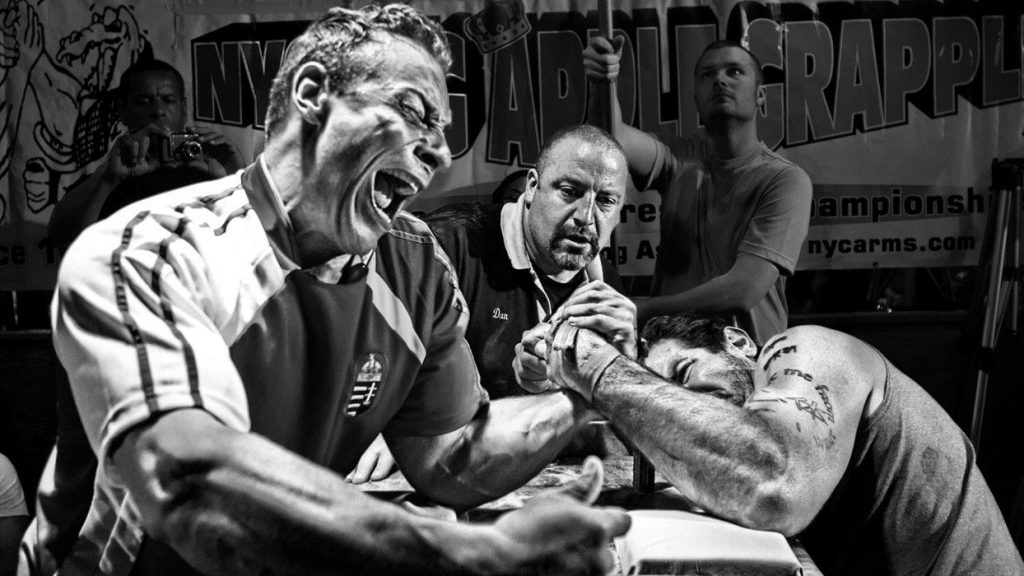