Competitors vie for bragging rights and a $2,000 prize
at 10th Annual Chef One Dumpling Eating Contest 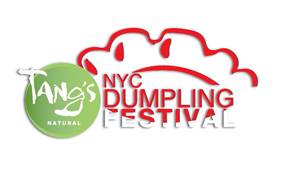 New Yorkers of all stripes can get their dumpling fix at the Tang’s Natural NYC Dumpling Festival. Attendees will sample what the world has to offer in the way of dumplings, including selections from the cuisines of Italy, China, Japan, Jamaica, and more, with fillings that are sweet or savory, steamed or fried. As part of the event, competitive eaters from across the country and everyday residents will pit their stomachs against each other at the 10th Annual Chef One Dumpling Eating Contest, as they attempt to upset the record of 74 dumplings in two minutes. The day of activities is sponsored by Tang’s Natural, Chef One, Bruce Cost Ginger Ale, Red Egg, Mika, H-Mart and Fairway. Corporate sponsors include Delta Air Lines, Core Garment Solution, Poland Spring and VerTerra.

The event is a fundraiser for Food Bank For New York City; 100 percent of all proceeds from ticket sales will be donated by the TMI Charitable Foundation to the anti-hunger organization.