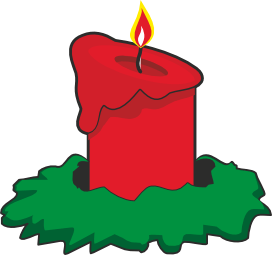 This year St. George’s Church – a five minute walk from Union Square – celebrates its 125th Candlelight Service on December 8th. A New York Christmas and community tradition, Candlelight is free and open to all.

At 3:40pm, the Candlelight celebrations begin with a dramatic prelude.

At 4:00pm the nativity story unfolds in a concert setting ad a joyful festival through a timeless and eclectic mix of music by renowned composers such as: Harry T. Burleigh, Vaughan Williams, Antonín Dvorák, Daniel Pinkham, and John Rutter.  Mr. Kamel Boutros, the music director, will conduct the choral and orchestral presentations.

The evening features congregational carol singing and readings by members of the Stuyvesant/Union Square/Gramercy Park neighborhood. Join with the Parish of Calvary-St. George’s choir and embark upon the beauty of the season in a magnificent setting. St. George’s Church is a New York City landmark and on the U.S. register of historic places.

The 125th Candlelight service is modeled after the “Festival of Nine Lessons and Carols” performed annually in the Anglican tradition of King’s College of Cambridge, England. Directions: St. George’s Church faces Stuyvesant Square Park, east of Third Avenue and is the corner of East 16th Street and Rutherford Place.