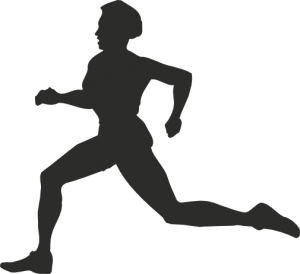 NEW YORK, December 13, 2018 – The men’s 3,000m event during the 112th NYRR Millrose Games on February 9th is shaping up to be one of the day’s most anticipated races. Three NCAA cross country champions will toe the line at The Armory’s New Balance Track and Field Center as part of a deep field that includes numerous Olympians.

Headlining the field is former Syracuse University standout Justyn Knight. Knight won the 2017 NCAA Division I Cross Country Championship after finishing in the top four the previous two years, and went on to add another title on the track in the 5,000m. Knight also qualified for the 2017 World Championships in London, finishing ninth in the 5,000m while competing for his native Canada.

“Millrose is the one of the world’s greatest indoor meets,” Knight said. “The atmosphere cannot be replicated, and I have never been to an indoor race like it. With competitive athletes and ecstatic fans in attendance, the environment will be suitable for a fast race.”

Fresh off their thrilling NCAA Cross Country Championship duel to the finish line last month in Madison, WI, Morgan McDonald and Grant Fisher will renew their rivalry at Millrose. The 2018 NCAA Cross Country Championship came down to a sprint finish between the two, with McDonald of the University of Wisconsin holding off Stanford University’s Fisher. McDonald is also the Australian champion in the 5,000m, while Fisher was one of the most accomplished high school athletes ever, winning Foot Locker Nationals twice and breaking four minutes in the mile. Fisher also won an NCAA championship on the track in 2017.

Another big name to watch is Hassan Mead. The veteran in the field, Mead, 29, is the 2017 USATF champion in the 10,000m. He qualified for the final of the 5,000m in Rio, and has also competed in both the 2015 and 2017 World Championships. Australian Olympian Pat Tiernan is also in the field, best known for his stunning upset of Edward Cheserek to win the 2016 NCAA Cross Country Championship.

The men’s 3000m is one of many highly-anticipated events during the 112th NYRR Millrose Games, the most historic indoor track meet in the world. The men’s shot put will feature Olympic gold and silver medalists Ryan Crouser and Joe Kovacs throwing from the center of the track. Top athletes who have been announced in other events include Clayton Murphy, Donavan Brazier, Ajeé Wilson, Natoya Goule, Torie Bowie, English Gardner, Deajah Stevens, Nia Ali, and Queen Harrison. The night’s signature events will be the prestigious NYRR Men’s and Women’s Wanamaker Mile.

“Sixteen Olympians have already committed to compete at NYRR Millrose, and most events have yet to be announced, including the Men’s and Women’s NYRR Wanamaker Mile,” said Jonathan Schindel, Co-President of The Armory Foundation. “We expect tickets to sell out well in advance of the NYRR Millrose Games.”

Entry announcements will continue leading up to the February 9th event and high school and youth qualifiers are determined during the January 9th NYRR Millrose Games Trials at The Armory.

For more information on the 112th NYRR Millrose Games and to purchase tickets please go to www.nyrrmillrosegames.org.

About the NYRR Millrose Games

With a storied history that spans more than a century, the NYRR Millrose Games is one of track and field’s most prestigious and enduring annual events. A New York City sports staple, the meet moved to the New Balance Track & Field Center at The Armory in Washington Heights in 2012 after having called Madison Square Garden home from 1914 to 2011. The Games—established by employees of Wanamaker’s Department Store—features track and field’s most prolific male and female stars as well as collegiate, high school, club and youth competitors. More than 200 athletes share the distinction of being both Millrose and Olympic champions. In November of 2013, New York Road Runners became the title sponsor of the NYRR Millrose Games, which is owned by The Armory Foundation. The NYRR Millrose Games is a USATF television series event and The Armory Foundation appreciates the support of USA Track and Field.

About The Armory Foundation

The Armory is a New York City non-profit institution, with the mission of “Keeping Kids on Track.” Each season The Armory— the proud home of the NYRR Millrose Games — hosts more than 100 track & field meets and welcomes more than 220,000 athlete visits. Among its many youth sports and educational programs, including the acclaimed Armory College Prep program, The Armory runs the leading collegiate indoor track meet with the Dr. Sander Invitational, and hosts the largest high school indoor track meets with this year’s 25th Hispanic Games, The New Balance Games, and the New Balance Nationals Indoors.  The Armory also runs NewYork – Presbyterian ColumbiaDoctors Indoor Marathon presented by New York Road Runners, which is the world’s largest indoor marathon relay. The Armory is also the home to the National Track & Field Hall of Fame and dozens of very large education-focused events. For more: Please visit Armory.NYC and ArmoryTrack.com.