Featuring a cast of thousands of participants, the 82nd Pulaski Day Parade took place on Sunday, October 6 and yours truly was there to in and enjoy the celebrations. The day exists to commemorate General Casimir Pulaski, Polish born hero and Father of the American Cavalry during the American Revolutionary War.

Here’s a video compilation of clips shot during the Pre Parade Program:

Beginning with the pre parade program which took place right behind the main NY Public Library Building on 41st Street, the parade marched up fifth avenue from 35th Street to about 54th Street. The show itself featured numerous folk dance and music performances with young and older dancers in beautiful garments representative of their homeland. One dance had local and distant notables and dignitaries taking part in the tradition; of which, one happened to be New York Senator Chuck Schumer.

Video here shows some footage taken during the procession:

Leading the march was the customary appearance of flag bearing NYPD officers on horseback. For this year’s parade there were half a dozen. It’s always been a treat of mine to view and capture these men in blue at the start of other parades in our town. 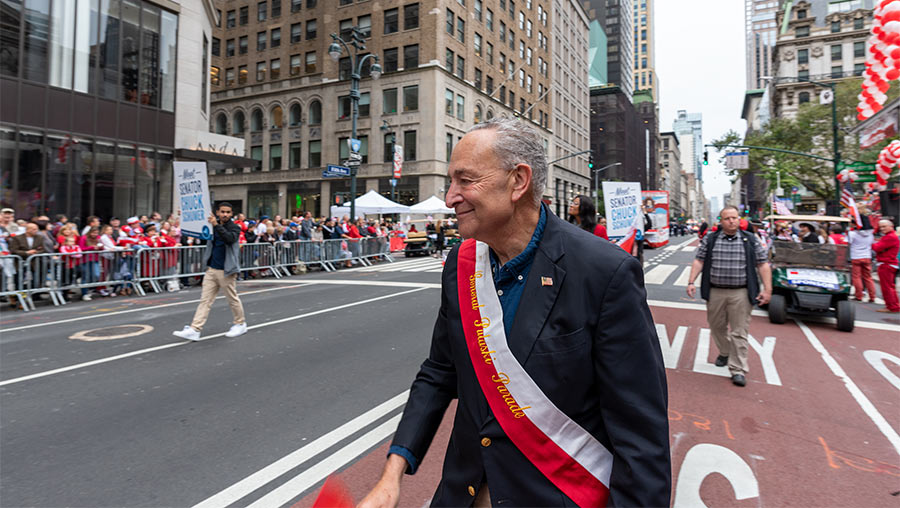 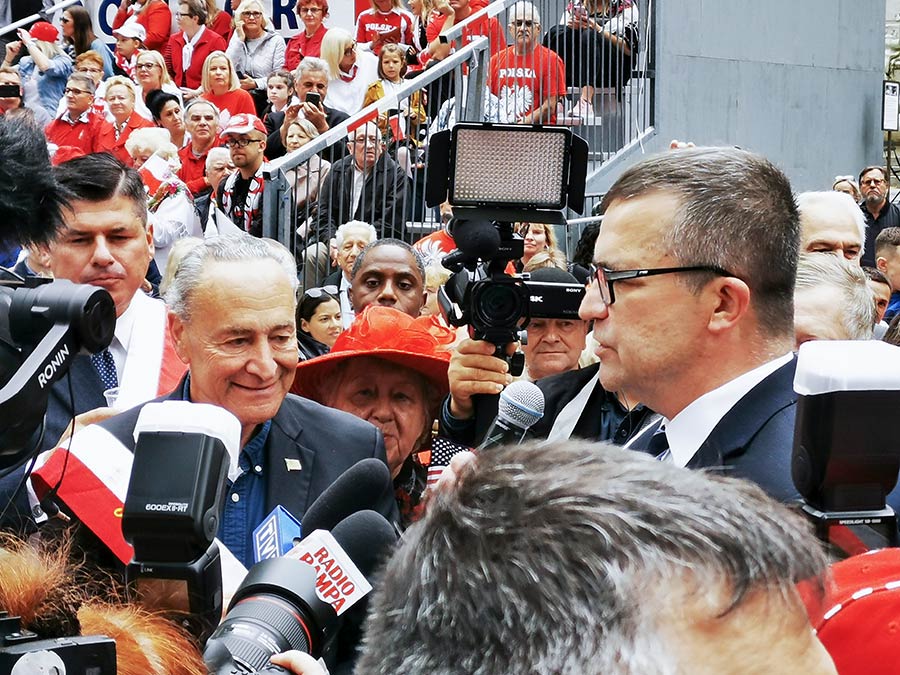 In all honesty, this was my very first viewing of this historic annual event and well, I feel this parade does a wonderful job of rivaling that other grand parade on St. Patrick’s Day. Filled with a whole lotta’ heart and spirit, marchers dressed up in beautiful traditional folk dress create a feast for the eyes.

“The Pulaski Day Parade has been celebrated on Fifth Avenue since 1937 and is the second longest active parade in New York City history and marches rain or sun”, said Richard D. Zawisny, president of The General Pulaski Memorial Parade Committee (the organization behind the workings of the parade itself). Born in Warsaw, Poland on March 4, 1745, General Pulaski died at the Battle of Savannah Georgia (United States) in October 1779. Pulaski is one of only eight individuals to be awarded honorary United States Citizenship. He was awarded the status posthumously in 2009. He’s amongst notable other historical names which include Mother Teresa, William Penn and Sir Winston Churchill amongst others.

A couple other photos below from the parade:

Unfortunately, the day was very much overcast but despite the weather the parade was a hit in my mind. Here’s to next year’s occurrence which I’m looking forward to attending…as should you.

Here below is a photo gallery featuring some of the many shots taken during the parade: