Photography, Video and Coverage carried out by Luis Diaz

Near the bottom of this page can be found an additional photo gallery.

On Saturday, October 5, 2019, the 39th annual NYC Korean Parade took place along the streets of 6th Avenue from 38th to 27th Street. The parade and corresponding festival is presented by the Korean American Association of Greater New York (KAAGNY).

It was a wonderful experience to be covering this annual affair that featured so many colorful outfits and wonderful cheerful faces. Many marchers sent great vibes my way through gestures and smiles. NYC has a population in the tens of thousands (actually nearing 100k) and with that in mind it’s a shame that the parade isn’t as bustling with participants as one might expect. Regardless, I’m happy to have been able to participate and look forward towards the 2020 celebration!

Here’s a video put together some of the numerous clips shot during the parade:

This year’s event featured a mixture of participants ranging from those in service uniforms; dignitaries; musicians and other performing artists; floats; procession of those carrying large displays of the American and Korean Flag; many in traditional costume and dress; very young martial artists; Families; members of the NYC Police Department and Fire Department; corporate sponsors and floats. 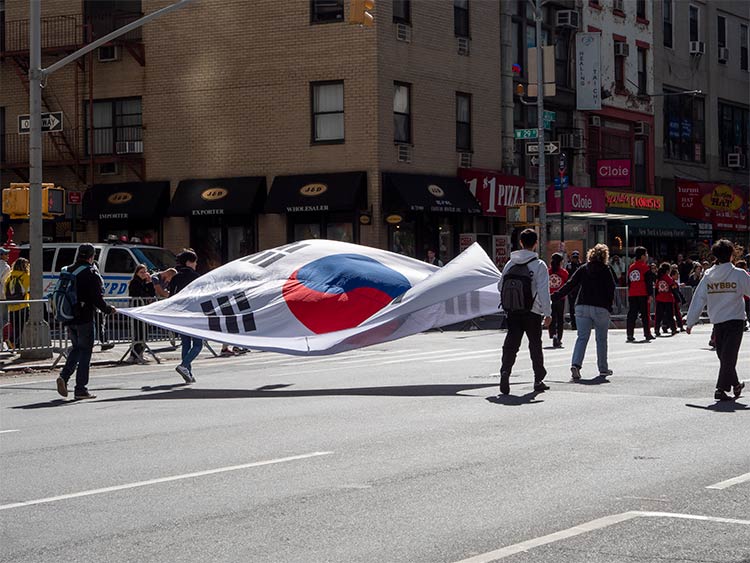 Also on hand were members of the FDNY Phoenix Society whose “”objective is to be united in the effort of promoting the interests and welfare of New York City Fire Department (FDNY) personnel who are Asians, Asian Americans or those of Asian descent.”” You could also visit their Facebook page here. 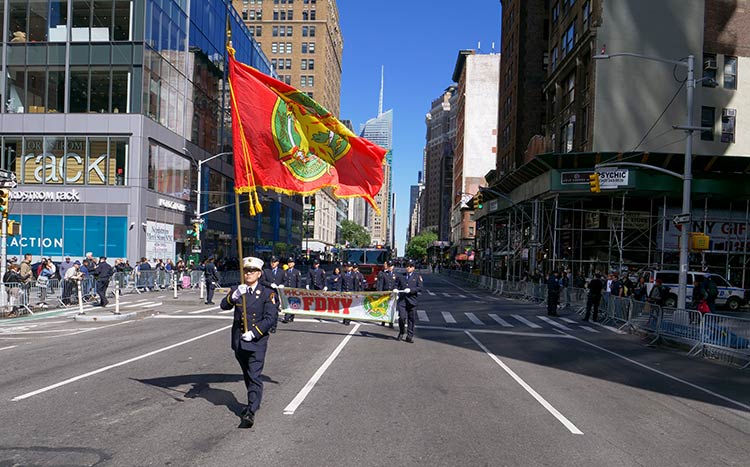 Here is a photo gallery of images shot during the celebration: