World-champion eater Joey Chestnut, the #1-ranked eater in the world, will be weighed in and certified for the Fourth of July hot dog-eating contest alongside rival Matt Stonie, women’s champion, Miki Sudo, and the world’s top eaters.

The event will feature an official weigh-in between Chestnut and Stonie, Sudo and Lesco at the Empire State Building, followed by a stare-down and photo opportunity on the 86th Floor Observatory. Other top-ranked eaters will include Max Suzuki, the eating champion of Japan, Adam Moran, the #1 competitive eater in the UK, Sarah Reinecke, Geoffrey Esper, and Matt Hazzard, among others.

Some 35,000 fans are expected to gather in Coney Island on Wednesday, July 4, as Chestnut, current world-record holder and 11-time champion defends his title from #3-ranked eater Matt Stonie. At the 2018 event, Chestnut consumed 74 hot dogs and buns in 10 minutes setting a new world record. 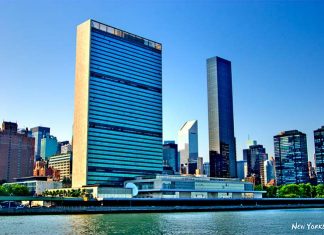