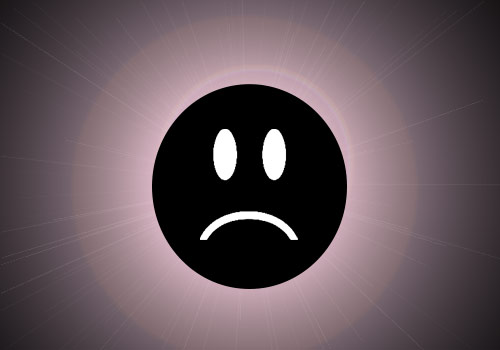 So, the day of the Great 2017 Eclipse arrived and yours truly had a pretty good idea as to what was planned for the afternoon. Between heading over to the local library, which would be handing out free eclipse glasses, and going into the city for a long hike through midtown, I chose the latter. I mean, surely it’d have been a once in a lifetime experience of seeing what the moon passing over the sun would look like; and surely, there must’ve been a good reason why so many folks whom I would later pass in my travels were oohing and aahing.  Responding, that is, to the show they must’ve been getting from behind their own respective pairs.

So off I went, knowing that I couldn’t forgive myself for not seeing firsthand what the city would look and feel like during a partial eclipse. Would there be a change in climate? Would the ambient light darken? Would the Naked Cowboy of Times Square turn into a vampire? Would the great depths of hell open up and from within emerge demons? Hey, you never know, it’s New York City after all.

I wish I had a great deal to report. All I can say is that at about 2:31 pm there was a sudden mild darkening as if a great big filter was pulled over the sun which, mind you, was already playing peekaboo behind the clouds. At that moment there was, as well, a quick breeze which carried with it cool air. That last item repeated itself off and on for the next ten or so minutes? ‘and that’s it folks!

Aside from the mobs of folks descending upon the sidewalks in the 20 minutes preceding the maximum point of eclipse at 2:44pm there’s really nothing else to report. Yet at least I know. That’s all I wanted really. To know personally that a partial eclipse, sans glasses, is nothing to get excited about. But heck, we’ve the April 8, 2024 to look forward to. One which will be traversing our country from the southwest to New England and passing over New York State along the way. Yay!

Below are a number of photographs taken during my uneventful walk, and included within are a few photos taken by my nephew, John Paul Bonilla who happens to live within the eclipse’ path in South Carolina. Thanks John Paul!

Keep in mind as well how having had the right photographic gear would’ve been another great way to have enjoyed the eclipse. The closest thing I have to being remotely adequate and safe would be my 1000x / 10 stop ND Filter, but even that’s questionable in the way of safety. Surely couldn’t go around risking my expensive photographic equipment, right?

Below are some of the photos taken during this walk.